We might think we feel ashamed when we don’t do the things we set out to do. For instance, when we overindulge, skip the gym, or put our foot in our mouths. But what we are feeling in these instances is not shame, it’s guilt. We often use these terms synonymously but they are actually very different.

Guilt alerts us when we do wrong whereas shame is when we feel inherently wrong. This may sound counterintuitive but sometimes feeling ashamed is the best thing for us. (Stay with me here). I am not saying that we should feeling bad about who we are. I am saying that often we already feel shame and we don’t realize it.

The most common cause of anxiety and depression is what psychologists call negative schemas – or long-held beliefs about ourselves – such as ‘I am not good enough’, ‘I am not smart enough,’ or ‘I am unlovable’.

We develop these negative self-beliefs when we are children. Often we have no idea that we have them but they influence every decision that we make. When we cling too tightly or reject a romantic hopeful, a negative schema is often to blame. It makes sense when we think about it: if deep down you believe that you are unworthy of love, wouldn’t you be overly anxious about losing someone you care about?

The tricky thing is that shame hides, even from ourselves. Most the time we don’t realize we feel it because it is buried under other emotions. It’s often the culprit behind defensiveness, perfectionism, and people-pleasing.

You’ve got to feel it to heal it.

The only way to stop the negative influence that our schemas and the subsequent shame have on our lives is to identify them. When we uncover negative self-beliefs, we can finally challenge these beliefs and change them.

Some positive news about negative schemas: they are never true.

1) Schemas are based on a child’s logic. Like most child logic, there is a hint of truth mixed with a whole lot of supposition. When we are children, our brains construct schemas to make sense of our surroundings and to help us survive in the world. For instance, a schema like, ‘I am not good enough’ stops us from trying new things and consequently protects us from the pain of failure.

2) Children blame themselves for much of what goes on around them. Children tend to attribute trauma – parents divorce, Grandma’s stroke, or the departure of anyone important – to their own shortcomings. Which is one reason why, ‘I am unlovable’ and ‘I am not good enough’ are the most common schemas.

3) Schemas are overly simplistic. Another very common schema, ‘I am not smart enough,’ is a great example. We may get terrible grades at school but academic tests are only one of many ways to measure intelligence. There are (at least) nine other types of intelligence including interpersonal, physical, creative, and emotional.

Uncovering your negative self-beliefs is just the first step.

Negative schemas are stubborn. They’ve been in our brains for a long time and won’t disappear the moment we uncover them. We’ve got to work at it. I’ve written a number of posts explaining how shame and our inner critical voices harm us. And what steps we can take to change them. Check it out at http://themonkeytherapist.com/category/guilt-shame/ 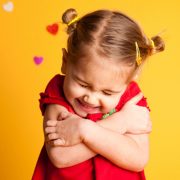 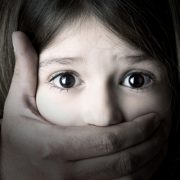 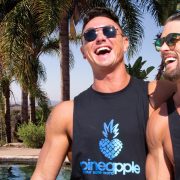 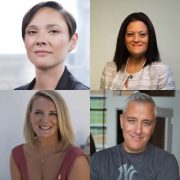 Too Strong To Be Weak