Bob’s son Fred came out to him the other day. Bob did not hug Fred. He did not say anything. He made a distasteful face, turned his back on Fred and walked away. The family still eats meals together at the table, but Bob ignores his son for the most part.

Bob is at the low end of the tolerance scale when it comes to his son. He doesn’t go out of his way to be mean, but they don’t talk anymore unless it’s absolutely necessary. They no longer go out together to fish or to watch baseball.

Fred is crushed. He knows it could be worse though, his friend, Roy,  was outed to his dad and came to school the next day with a black eye saying he needed to find someplace else to live as his dad kicked him out.

Roy’s dad is not tolerant and is a long way from accepting.

Fred’s mom, Flaca, feels angry with her husband for giving their son the cold shoulder. Flaca loves her son unconditionally.  At one time she had dreams of Fred marrying a woman and having a bunch of kids. Flaca realizes that it is Fred’s life to live on his own terms.

“Love is love,” she says to Fred and his boyfriend Rog as she ruffles their hair, “And now I have two sons.”

Flaca accepts her son. She is happy for him because he is happy. She prays that one day her son will get the chance to love whomever he loves without the fears of small minded people.

A few weeks ago a woman called me and we talked about whether or not I could help her, but she sounded tense. At the end of the conversation she said to me, “I’m a lesbian, it that ok? Would I be able to talk about that part of my life with you?”

It kills me that we still live in a world where people have to ask these questions; have to hide chunks of their lives for fear that they will not be accepted or even worse. We should all be free to love who we love. 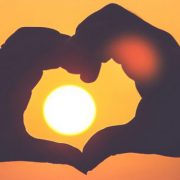