So you’ve heard of the social hangover, but what about the social comedown? A social hangover is the experience of feeling drained, exhausted and in need of recovery time after a social event. There has been a lot written about it probably because it is a pretty common experience, particularly amongst introverts. But what about its lesser known cousin, the social comedown? A comedown is when you experience a physical and/or emotional crash, usually after having an intense experience or taking psychoactive substances. Whilst some comedowns are fairly mild and can be similar to hangovers, others can be really intense and longer lasting.

What is a social comedown?

Social comedowns consist of  difficult thoughts, sensations, feelings and urges arising after socialising that often include ruminating over past distress and judging yourself for having a hard time. They are most common the morning after an intense social situation, usually a group hangout, but sometimes one to one situations can provoke them as well. More unusually, some people experience a social comedown towards the end of hangout time or immediately after leaving a social situation. The physical sensations can start off really similar to a social hangover, and can include feeling tired, drained, and listless. The emotional symptoms can be wide-ranging, from sadness, guilt, dread, emptiness, lonliness, embarrassment or shame through to panic about having said or done the wrong thing. These emotions can lead to someone taking a mental tour of the social time, analysing in detail every potentially awkward or embarrassing social interaction. Every time they did something that could be seen as weird, every misplaced smile or frown.

Even when someone knows logically that everything was fine, and that their friends wouldn’t judge them for their behaviour it can be nearly impossible to step away from critically over-analyzing every moment. Worse, the analysis of the social event can lead people to a lowlights reel of all their most humiliating social interactions and ruminating over all the ways they have been awkward in the past. Because this is a cycle, people usually feel better a couple of days later, but rather than being able to move on from these feelings, they can get stuck being judgemental towards themselves about having the feelings at all. That, in turn, attacks their self-esteem and self-worth. If this resonates with your experience, know this: you are far from alone.

What if we understood social comedowns as a normal part of life?

As part of the kink community, I have long understood that comedowns are a normal part of life, but that message seems not to have spread particularly widely. Indeed, I’m aware of some kinksters that feel it’s a point of pride that they *don’t* get comedowns and others that feel like the fact they do have them sometimes is a personal weakness. Nevertheless, it is widely accepted that comedowns are more or less inevitable if you play long enough and hard enough with someone, whether you’re a top or a bottom.  They can come in unexpected ways, at unexpected times and learning to cope with the emotional fallout is a skill that we have to learn. We work out how to engage with ‘comedown’ buddies if our tops/bottoms aren’t available for that emotional work. We have aftercare plans. We explore ways to treat ourselves and each other with compassion, kindness and gentleness in the days and weeks after we play together. I wonder what would happen if we extended this thinking to the social comedown. Would it make the emotions more manageable if they were normalised? Would we be able to engage with our own distress with less judgement about who we are? I think perhaps we would.

When I work with clients on this topic, many of them feel entirely alone. They have no idea that there are lots of people, particularly neuroatypical people, who experience intense comedowns after socialising. Just the fact that others have this experience is incredibly affirming and helps people to shift the self-judgement. The next post by Sophia is on a few ways to work with the strong feelings that arise with a social comedown, but in the meantime, I think it is important to have some conversations to normalise this idea. Here are some suggestions:

1) I’d invite you to open conversations with people about the concept of the social comedown, maybe even share this blog post.

2) Share your experience. What does it feel like to you? What helps you? What support could other people offer you?

3) At large gatherings like sexuality and kink conferences, make active plans with others about comedown support. Make it a community issue where we share emotional and practical resources. 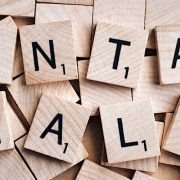 Five ways to work with a social comedown