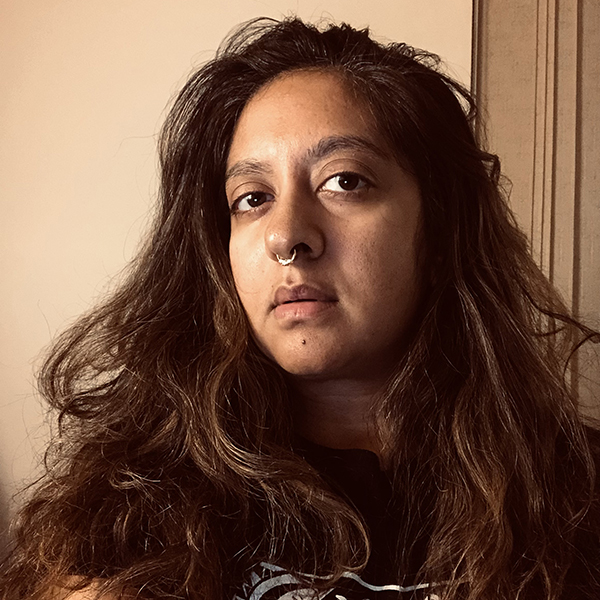 Vahini works in private practice (Bright Insight) and is a private contractor who has facilitated art therapy groups/presentations for many organizations. Vahini has worked with varied populations and understands diversity, intersectionality, and multiple realities in depth. Vahini teaches in post-secondary art therapy and counselling programs and has taught classes in ethics, diversity, addiction, and sexuality.

Vahini has been published academically, and has been creating fiction works and poetry since childhood. Her artistic favourites include pottery/ceramics, mixed media, sculpture/assemblage, crochet, photography, and fluid mediums, such as acrylic inks and watercolours. Vahini has self-published her typewritten ‘zine, The Analog Evolution, for over 12 years.

Vahini spent much of her younger life travelling solo. She credits this experience to influencing her open mind and open heart. Vahini loves nature, and she is often found by the ocean or in the trees. Vahini enjoys documentary/reality film, music, good food, laughing, hot yoga, being outdoors, beautiful views, studying plants/animals, anything vintage, and more. She authentically cares for humans and strives to manifest positivity and hope for others during her time on this planet.